28 Feb Caregiving Your later self 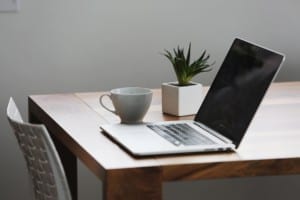 After caregiving an increasingly difficult mother; she didn’t want to put her kids through the same ordeal. Writing a letter to her adult children about her future self in later years would help them during notoriously difficult times when she should stop driving, move out of her house, or accept help. Why did she write a letter to her later self? When is my later self? Questions spurned me on to continue reading the article.

Her mother was funny and smart when she was younger. She was a voracious reader and a “great mom” to eight children. But she had difficulty navigating after her husband died. Becoming bitter it was difficult to take care of her. She had dementia and didn’t want help. Eventually, she had to put her in a nursing home even though she promised not.

The letter begins, “Hello old girl…for if you’re reading this, that’s what you are…and if Johnny or Kate, or both, screwed up the courage to hand you this letter, then you had better read it. “Your children love you, Trust them. Even if you don’t want to believe them” she wrote in her letter. Her letter advised herself what is important while she is aging.” The letter includes loving thoughts reminding herself what to do during the difficult times.

My mother passed away sadly with dementia. She didn’t want to burden anyone; seeing her strength and love for me was more important.  It was difficult to take care of her as dementia increased. It didn’t help living in another state.

I smiled compassionately after reading the letter to her later self. Yes, if you are not over 60 it may not be the time to think about getting older. If you are not a caregiver you may know someone who is.

Perceive how empowering it may feel when you read thoughts from your younger self. Reminding how you can make it easier for others to help you.

I’m thinking about it.