Posted at 15:27h in Uncategorized by Dr. Barbara Collins
Share 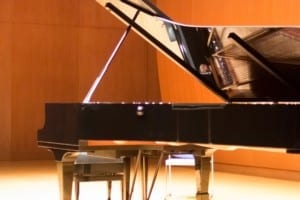 “My Country” Tis of Thee.” Samuel Francis Smith – Aretha Franklin sang at Barack Obama’s presidential inauguration ceremony (2009). Oh my, she wore that hat. There are no words!!!

I’ m sure you’re wondering how I could select four favorite Aretha Franklin songs from numerous songs that ranged from R&B, pop, rock, gospel, and opera. I closed my eyes and reminisced favorite moments listening to her music.

One of my favorite moments of Aretha Franklin was filling in for The King of Opera Luciano Pavarotti when he took ill at the Grammys in 1998. They asked Aretha if she would please fill in for Mr. Pavarotti. She was hesitant, but they said Miss Franklin you are the only one that can. She immediately said” what key?  When she took the stage in all her royalty and with her fur collar secured around her neck, as a writer said: “She Killed It.”

Thinking about the passing of Aretha Franklin reminds me of the many songs that soothed my soul. Her songs related to how it feels to be a woman and an African American woman.  I remember “Respect” was the song I sang to the top of lungs when I needed to cry out “see me now.” Aretha sang with all her heart and soul.

I will miss Aretha Franklin – “The Queen of Soul,” an activist in the civil rights movement, the first woman to be elected to the Rock and Roll Hall of Fame, and numerous awards.

What are your top four songs? Or maybe all her songs are on the  top your list. What matters is Aretha Franklin’s music will never be forgotten.